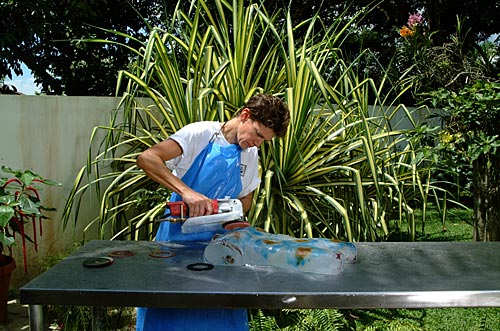 The Museum of Art Fort Lauderdale will present a mid-career retrospective of Isabel De Obaldía’s work, opening to the public September 25, 2011. The show, titled “Primordial: Paintings and Sculptures by Isabel De Obaldía, 1985-2011,” will feature approximately 100 works by the artist, as well as a number of pre-Columbian objects that relate to her artistic process. The exhibition has been scheduled to coincide with the 50th anniversary of the Studio Glass Movement in the United States and will be on display through May 27, 2012.

To view the official press release from the Museum of Art Fort Lauderdale, click here.